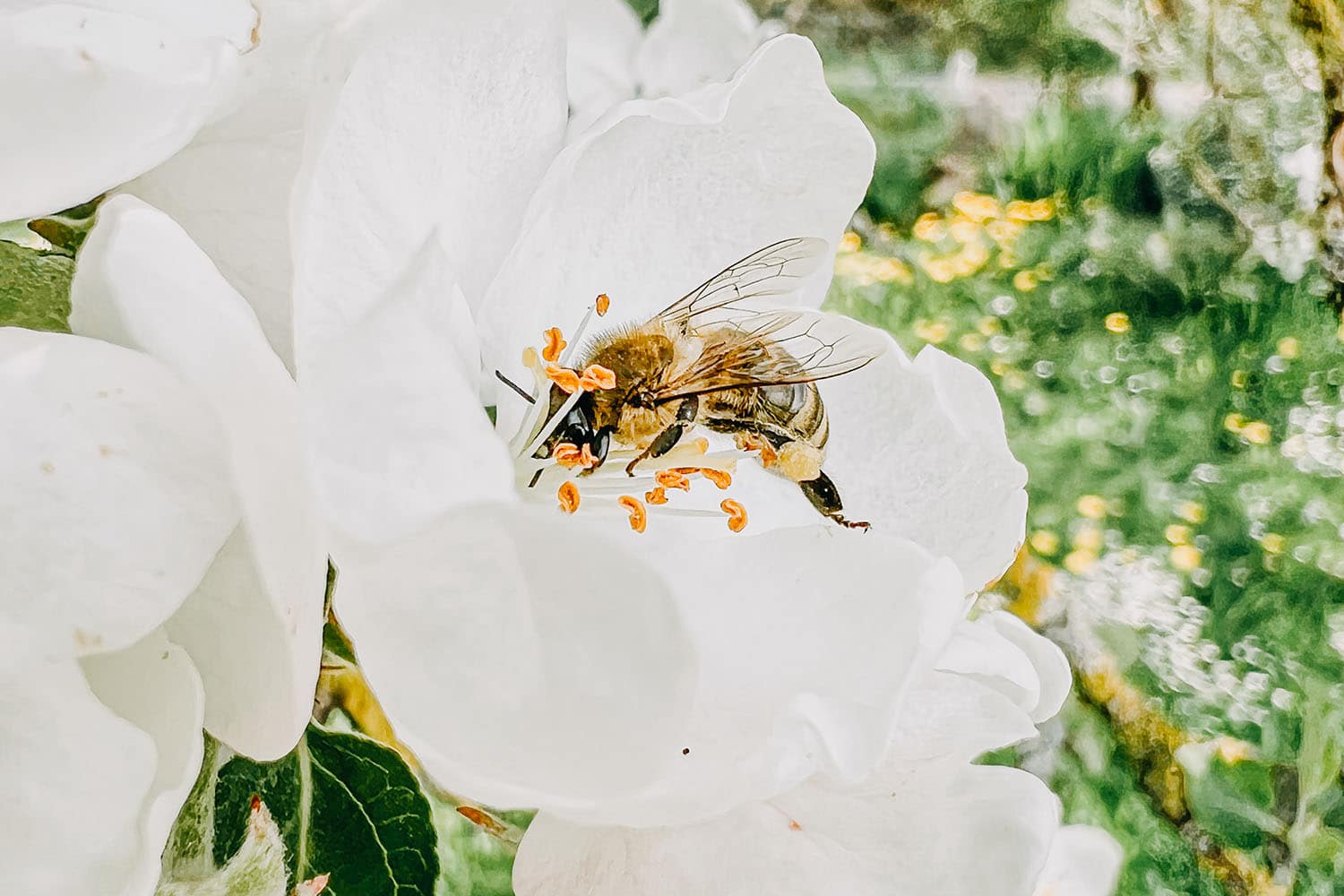 It’s a question of attitude … this beautiful statement not only describes an organic beekeeper or organic honey particularly aptly, but also the attitude of beekeepers towards their animals. In our article Organic bees – do they even exist? We are already going into the topic in depth and would like to delve a little deeper into the matter today.

What is so special about organic honey?

Organic honey is something very special. However, this is not based on the fact that the bees only eat organic flowers (because who can fly behind every bee and check which flower it is snacking on), but is particularly related to the species and nature-appropriate keeping of the bees .

Organic honey is not characterized by any special taste components, but rather gives you the good feeling that the bees are really doing well and that they can follow their natural behavior as far as possible. Organic honey is also special because compliance with the guidelines is checked once a year.

What makes an organic beekeeping?

The particularly animal-friendly attitude of the bees is expressed in many different details. In order to be certified as an organic beekeeper, the following conditions must be met:

What certifications are there for organic beekeepers?

Before we talk about individual certifications, we would like to emphasize that there are also many beekeepers who do without such certification, as these are sometimes very expensive. Nevertheless, there are beekeepers who act and live according to exactly the same guidelines or sometimes even go beyond them. For example, they don’t feed them any organic sugar, but only their own honey. This also explains the sometimes significantly higher price of these products.

At the top is the legally protected organic seal of the European Union. In Germany, the Federal Ministry of Food and Agriculture monitors the seal and compliance with the underlying conditions. For example, the regulation stipulates that …

One of the best-known (and strictest) certificates is that of Demeter. Apiaries must meet the entire range of criteria presented above in order to be allowed to bear the seal. However, they are not allowed to feed any sugar, only their own honey.

At Bioland, the criteria are similarly strict, but with a few exceptions. Here, for example, the queen bees can be artificially inseminated.

Here, too, the fertilization of the queen is not precisely regulated. And there is more room for maneuver in combating the dreaded Varroa mite. However, the location will be defined more precisely. However, there are no regulations regarding the construction of the middle walls.

In addition, there are a number of other certifications, which are basically based on the EU directives and in some cases also on the regulations of the aforementioned organizations.

We have collected some questions that you have contacted us with in the past. We would like to take this opportunity to share these questions and the answers with many other people.

How many bees live in a bee colony and how are they organized?

Such a colony of bees is a particularly fascinating structure. Between 40,000 and 80,000 bees live here, most of which are female worker bees, a few hundred male drones and a single queen.

The queen is the only sexually mature female animal that lays eggs and thus ensures the offspring. The hive mother (queen) controls all life in the hive with the help of pheromones and only uses her stinger to kill a potential rival.

Drones only serve to fertilize the queen and die immediately after insemination. Workers have many different special roles, from guardian and aerator to stoker and gatherer to royal maids.

Can organic bees only eat organic?

Although some efforts are being made to ensure that the bees mainly eat organic, it cannot be completely ruled out that they will also fly to conventionally grown flowers. This is not so important for organic certification. Rather, this refers to the nature and species-appropriate husbandry of the animals.

What are the differences between organic honey and conventional honey?

Organic honey is therefore not defined by the taste or the fact that the bees only fly to organic plants, but rather that you can be sure that the animals are kept in the best possible way, animal and species-appropriate.

Does organic in honey and beekeeping also have something to do with the quality of the wax?

A big YES. As part of the organic guidelines for beekeeping and honey production, some regulations are also made that relate to the wax – and that’s a good thing.

Unfortunately, conventional beekeeping often works with artificial combs, sometimes even made of plastic. In the organic sector, on the other hand, it is important to the beekeepers that the bees can build natural combs or that only organic wax can be used when using foundation. In addition, no chemical substances may be used, for example for pest control, which could contaminate the wax.

Since the use of medication against the Varroa mite is also prohibited, such residues cannot accumulate in the wax. We only use organic wax for our beeswax wraps and thus guarantee the highest quality.

To be amazed: some facts about bees

For 1 kg of honey, the bees have to fly out around 80,000 times, visiting around four million flowers. A colony of bees collects in an area of incredible 50 square kilometers.

Only the queen bee lays eggs and can individually decide which drones and which worker bees should hatch. The bees produce the wax via a wax gland on their abdomen, which expels tiny wax plaques. These plates are kneaded with the chewing tools and then assembled into hexagonal honeycombs.

Bees remain loyal to a flower type or a certain field until there is nothing left to get there. When they fly to a flower, they always take some pollen with them with their abdomen and thus ensure the pollination of neighboring flowers. No bees, no apples!