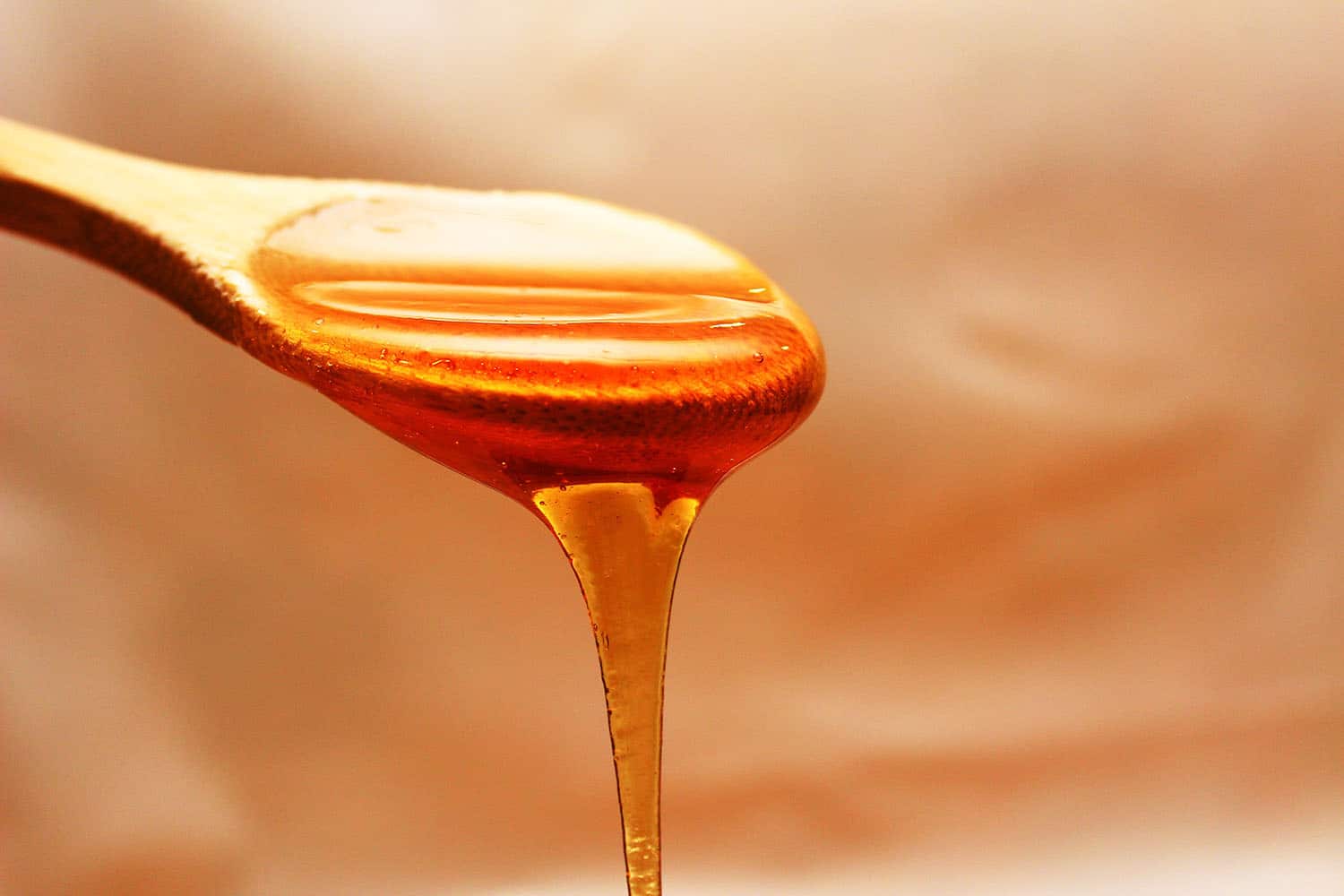 “Dark honey is good for pale faces,” they say. So forest honey is healthy? Yes, because the dark color indicates the high mineral content, which can be found in forest honey in particular. However, it differs not only in the higher mineral content of blossom honey, the basic building material is also completely different.

The basic building block of forest honey is not nectar, but honeydew. Behind the sweet-sounding name, however, are the excrements of various microorganisms, especially bark and scale insects. If it’s scary now, we can calm it down. Strictly speaking, these excretions are not feces, but too much sieve tube juice.

Sieve sap is a sugary solution that trees and other plants pump through their ducts from the ground up to the crown. The lice drill into the conductors and drink the sweet juice. Then they filter the nitrogen out of the liquid, because that’s all they need. The rest they pass directly past their intestines and out through their rear end. On the way through the louse, the ingested juice also absorbs enzymes that build proteins from the amino acids present and that split the sucrose contained, which we know as ordinary table sugar, into fructose and glucose.

The sieve tube juice processed in this way is the honeydew: crystal-clear droplets that are collected by the bees and processed into honey. Therefore, forest honey is also called honeydew honey. Ants, wasps and flies also eat the sap. The ants keep plant lice like cows and drink the honeydew straight from the source. Bees, wasps and flies usually lick it off the needles or the leaf.

What trees do bees collect honeydew from?

In this country, the honeydew used for forest honey mostly comes from coniferous trees such as spruce, pine, fir and larch. In addition, forest honey is also available from deciduous trees such as maple, linden and oak. But not all trees that have honeydew on them are equally popular with the legs. They don’t like honeydew from beech and ash, for example.

How much honeydew can be collected in a bee year depends on the number of insects present. Lots of lice mean lots of honeydew. Heavy rain or gusts of wind, for example, can simply sweep the little guys down from the trees and destroy the forest honey harvest.

Other suckers, such as the small scale insect and the large scale insect, only occur every seven years in large populations. The forest honey harvest is therefore an uncertain business. If the weather is good and there are enough lice, a single colony can bring in about three kilograms of forest honey every day.

How much honeydew does forest honey have to contain?

According to the Honey Ordinance, forest honey must be obtained entirely or predominantly from honeydew. If the beekeeper wants to harvest this special honey, he has to set up his hives within a radius of a forest area. Depending on how the other food supplies are there, the bees decide for themselves whether they mainly collect honeydew or prefer flower nectar.

Beekeepers can usually only assume the origin of their honey, unless they back up their assumption with a laboratory test. If the forest honey is sold as “fir honey”, “pine honey” or “oak honey”, for example, most of the honeydew must come from the corresponding trees. The name forest honey only says that it was mainly made from honeydew from different tree species.

How does forest honey differ from blossom honey

Honeydew honeys are usually dark and remain liquid for a long time. The fructose content in honeydew honey is so high that it hardly crystallizes and sometimes remains liquid for years.

All forest honeys contain a lot of minerals, especially potassium and iron, as well as trace elements, enzymes, resin and essential oils. Forest honey is therefore recommended for bronchial diseases, mouth and throat infections. You can find this in our blog post “Is honey healthy? Everything you need to know” More info!

use in the kitchen

Yes, it makes a difference which honey you use to prepare food, especially if a lot of honey is used or if the honey has very distinct properties – which is absolutely the case with forest honey. One theory is that foods that share flavors go together sensorially, so we taste good. The sweet and malty aroma of forest honey harmonises with spicy cheese and red wine. We like to eat it with strong sheep’s and goat’s cheese. Pomegranate, tangerine, orange and nutmeg also go well with forest honey in a dressing or sauce. It is also the first choice for marinating and glazing meat.